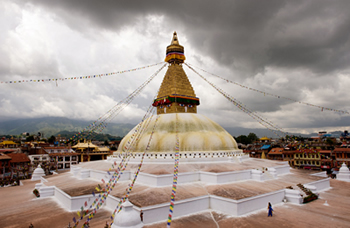 The capital city Kathmandu is dominated by temples and cultural activities, so why it's also called "Valley of the temple". It’s the largest city of Nepal Bouddhanath Stupa It is situated in a valley in the heart of Nepal. The entire terrain of Kathmandu is like a steep incline, descending from the Himalayan heights to the Terai flatland within a short distance. Famous for its cultural heritage which is surrounded by the beautiful landscapes and the views of the mighty Himalayas. Actually kathmandu has no history if you go back to look the history, its from the time of civilization we can say.Kathmandu is truly the heart of the Himalayas,  and has a very refined culture, the richest of all in Asia. Kathmandu attracts many tourists all year round and it is not only just a tourist destination it is also an important business hub and a sacred place for pilgrims. Kathmandu is not only attracted within tourist but also local peoples from outside the valley, it’s centre of attraction in the country.The name of kathmandu is derived from kastha-mandap ("temple of wood" in Sanskrit), after a pagoda carved from a single tree on the order of King Lakshmi Narasingha Malla in 1596. Ancient monuments, many pagodas and temples dedicated to lord Shiva, Vishnu and Kali are dominating the skyline.The capital kathmandu is well know for its own religious harmony, so why u can’t see any difference between Hindus or Buddhist both are associate here in the valley.Within 30 km of surrounding, there are seven heritage sites including old cities, temples and monasteries under the preservation of UNESCO. 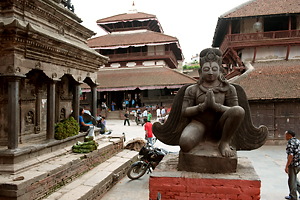 The old city is noted for its many Buddhist and Hindu temples and palaces, most dating from the 17th century. One good example is the Kathmandu's Durbar Square. This Durbar Square was built in the 16th century. It contains a marvellous royal palace and many temples built in the traditional Newari Pagoda style. The old royal palace is a part of Durbar Square, which remains the traditional heart of the old town and a spectacular legacy of traditional architecture.The king no longer lives here and the 1934 earthquake damaged the complex, but it remains a fascinating place to explore.In the square is a house called the Kumari Chowk which is home to Nepal's 'Kumari' (a little girl that is chosen as the living incarnation of the Hindu goddess). 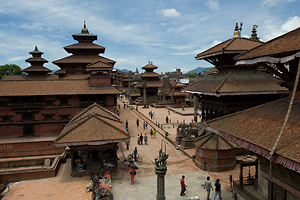 Patan or Lalitpur is another historical and cultural old city of the Kathmandu valley, a sister city situated only a few kilometer away from Kathmandu. It has, like others, the Durbar Square (Palace Complex) with the concentration of ancient Pagodas and north Indian Mogul types of Shikhara temples in a small area. Patan is the most ancient city pre-dominated by Buddhist residents. Most of the Bronze and Cupper sculpture are being manufactured here, thus called a city of fine arts. 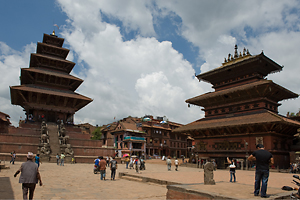 Another major attraction within the valley is the medieval city of Bhaktapur (City of devotees or village of rice), established in 9th century, with its unique outlook. Like in the other two cities here too, one can visit the old palace of Malla Kings and other beautiful architecture. The glorious five storied 'Nyatapola' Temple and the 'Fiftyfive window Palace' are among many attractions here. Bhaktapur is equally famous for its woodcarving, clay works and typical Nepali cap. Bhaktapur today sets an example to its other sister cities as to how one can preserve an ancient city and its outlook for future generation.

Note: If provided date is not convenient for you then, let us know. We are happy to arrange your appropriate custom trip.
Book Now Inquiry Tell A Friend Go to Home